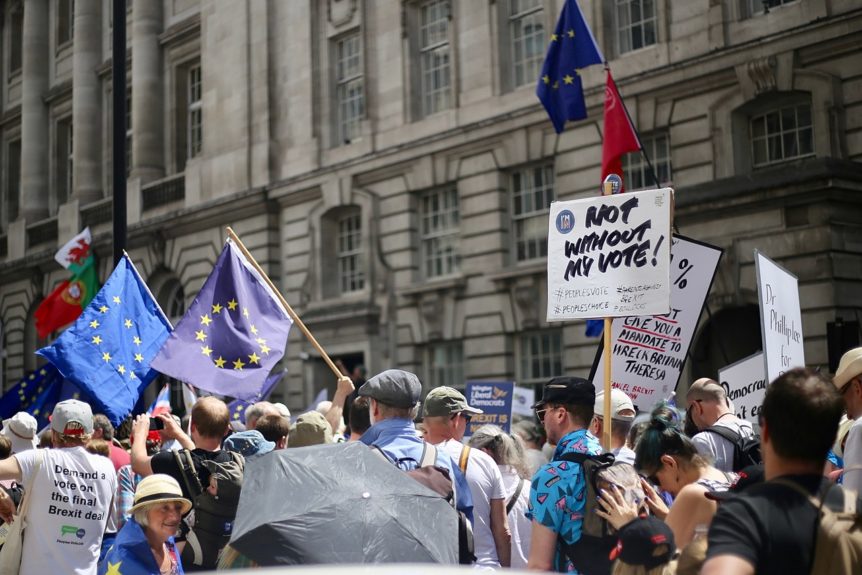 What can be done to heal our fragmented society? How should people across the churches respond? Will we give up our own tribalism to build the Common Good? Philip North, Bishop of Burnley, Debra Green, Executive Director of Redeeming our Communities, and Jenny Sinclair, founder-director of Together for the Common Good, discussed these questions with TWR-UK.

Healing the nation may sound like a grand ambition, but how should the churches respond as British society descends into an American-style culture war?

Bishop Philip expressed concern at the rise of populism and increasing division within communities, and pointed to the important role of churches locally, emphasising that “empowering local communities is probably the most important thing we can do.” Debra Green advocated cooperation between churches, community groups and local agencies. She noted that churches are welcomed into such local partnerships as it visibly strengthens communities and can bring people together from different walks of life. At a time when funding pressures on policing and youth services are most acute in already disadvantaged areas, grassroots collaboration and action is vital.

Jenny Sinclair argued that first, people across the churches should try to resist their own natural tendencies to be tribal. The greatest gift they can bring is to build relationships across different viewpoints and backgrounds. She added that Common Good training workshops are designed to build capacity for working together across differences as well as to refresh the churches’ sense of mission. Building relationships in a divided society is the first step towards meaningful change and engagement within and across communities. Her 2017 article ‘Rebuilding the Broken Body’ had stated that

“the Church, with its social teachings, could be a blessing to our national community: the Common Good correctly understood is never partisan or sectarian. But if it cannot reform its relationship with the poor, the Church risks a sterile internal conversation, sidelining the very person of Jesus.”

Around the same time, David Goodhart published The Road to Somewhere, which has since become an acclaimed analysis of the fault lines underlying the divisions manifested in the 2016 European Referendum. In the Sacred podcast he discusses what can be done to heal divides, including what the Church can do.

Goodhart’s book explores the idea that the key social divide today is between the ‘Anywheres’, forming about 25% of the population and the ‘Somewheres’, just over 50% of the population. Anywheres can be grouped as “the highly educated mobile people, usually graduates, who have the general worldview in favour of openness, autonomy and self realisation”, whilst Somewheres are seen as “the more ‘small c’ conservative, settled people whose worldview places more stress on security and familiarity, tends to draw value from group attachments and is more patriotic than the educated mobile groups.” The gulf in world views and cultural perspectives between these groups is stark and has been shaping the political landscape in recent years.

The vote to leave the EU split the nation along these new lines, breaking the traditional economic and political environment. As a result, public discourse has become more polarised along the new values fault lines, cutting across the orthodox positions of left and right.

Asked about how churches should respond to heal these divisions, Goodhart commented that

“the Church ought to be in a stronger position than it is today, it ought to be in the right position to act as a bridge between these new divisions that have emerged. It is the task of anyone who’s involved in society to think of ways of how one overcomes divisions, to find common ground between conflicting interest groups.”

As Revd Al Barrett (pictured, right) said in Church of the Poor, a story about his work on the Hodge Hill Estate in the West Midlands: ‘How richly blessed would we find ourselves to be, when we began to receive the gifts of our neighbours (and often from those neighbours who, seen through a financial lens, have little that can be counted)?”‘

But Goodhart identifies a problem, at least with the Anglican Church. “The Church has not been there, really. Whenever I hear a bishop or even an archbishop I think they are speaking to such a narrow group of people – I don’t even mean believers – I mean just in their worldview; and they are such a long way from their own believing group too.”

“A switch has happened in the Anglican Church – from being the Conservative party at prayer it is now the ultra Liberal party at prayer – arguably this has not been to the their long term benefit. I’m not saying it should go back to what it was, but of the 120 senior Anglican bishops only one voted for Brexit”. The Anglican Church is now unfortunately perceived as being not only partisan, but politically aligned with “liberal currents” and the “mobile, educated groups”.

If senior church leaders publicly take a partisan position, genuine efforts to promote reconciliation will sound fake and will be fraught with risk – the danger is obvious. Socially conservative communities, or ‘Somewheres’ can easily be alienated by a liberal Church that doesn’t look or sound or speak like them, in the same way as they are by political and economic elites. This is a significant barrier to the Common Good and applies not only to the Anglicans, it is an issue across the churches.

Indeed, a response from a parishioner to her local church initiative serves as a warning to others: “I stopped singing in my church choir as they were holding “peace and reconciliation” services… while continuing to try and undermine democracy!” Well-meaning reconciliation ventures will backfire if the Church or a church leader is perceived to be partisan on Brexit; they will be perceived as nothing more than a re-education exercise, however well-disguised.

There are more productive ways to build the peace.

Goodhart sees this as “a moment where the Church could yet still play a role as a kind of national therapist”, but it needs to make some serious adjustments. “Although it often uses the rhetoric – almost too excessively – about ‘bringing groups together,’ this just sounds pious. You’ve got to acknowledge differences and conflicts – genuine conflicts – and you’ve got to be ready to speak up for your own side – there is a lot that is really rather good in the Christian faith.”

Humility is a prerequisite. There may well be divisions even within a single congregation and this must be acknowledged and respected – courage to recognise conflict and foster debate will build strength. Contempt, or even pity, for those who take a different view, is profoundly unhelpful, as well as dangerous, as it leads to self censorship and limits freedom of speech. Rather, there needs to be a mature acknowledgement of difference – alongside a commitment to value what is held in common.

The unfortunate term ‘safe space’ has led many to believe that an echo chamber in which people are ‘safe’ from opposing views is a good thing. But in this context it is a falsehood and will weaken those involved as well as deepen alienation from those it excludes. Churches must never become silos of anyone’s ambition. As John Henry Newman said: “The energy of the human intellect does from opposition grow.” Church leaders would be well advised to rise above the Brexit divide and stand in solidarity with their local communities.

In How the Church lost its flock over Brexit, Giles Fraser quotes Goodhart, who expressed some frustration with church leaders after a recent meeting: “The trouble with this bit of the Church is that they have turned themselves into a subaltern ideological sub-set of the Anywhere liberal class – the educated, mobile, secular, cognitive class, with its bias toward the rational, the open, the autonomous, the individual – a quick witted, goal oriented, solution focused worldview.”

Fraser believes that this strain within the Church has succumbed unwittingly to the international business narrative of ‘openness’ and globalism. He continues: “The socialist in me believes that large international banks such as HSBC deploy the soft and apparently inclusive language of globalisation as PR for the triumph of international capitalism.”

In taking this position, the national and local role of the church has been eclipsed: “…The whole point of a family, a church and a nation is that they accept people uncritically – and not on the basis of how clever they are, how mobile, how rich or how solution focused. This is indeed the love that asks no question. You belong and are valued by it simply because you are a member of it.”

Fraser affirms where this works well, that the Church “at its best, and when not trying to be bit-players in policy debates, does do this… the parish system roots the Church in the specifics of time and space. It refuses the abstract political and concentrates on real lives lived by real people.”

We may never agree on Brexit, but churches ought to be places where people feel free to speak, to engage with each other, and learn from one another.  What people want from the Church is meaning and belonging.

With thanks to TWR-UK,Theos and Unherd