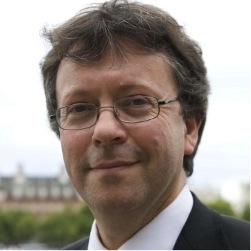 The voluntary sector and the Common Good

This article was first published in Making Good: the Future of the Voluntary Sector published by Civil Exchange on 10 November 2014. We are grateful for permission to share this here.

As I look to the future of the voluntary sector, I ask myself a simple question. To what extent will it contribute to the common good?

Some people might wonder why it is necessary to ask the question. Surely all organisations within the voluntary sector exist to ‘do good’ and so by definition, must contribute to the common good? But I think that is too easy, and too self-serving, and needs to be examined a little more closely.

Common good is not a straightforward concept, and it is possible to trace at least two opposing strands of thinking, revealing a profound difference of view about how society should be organised. One originates with Plato for whom the prime virtue, Justice, could only be produced through the common good, and his ideal system of government envisaged rule by philosopher-kings using their wisdom to act justly for the good of all. Subsequently Aristotle argued that good of the community should set the direction for the lives of individuals, as a higher good than the particular goods of private persons. Cicero argued that ‘a people’ requires ‘consent to law and to a partnership for common good’. These ideas imply an absolute form of justice, that common good is ‘utilitarian’ in the sense of producing the maximum beneﬁt to society as a whole, and that what constitutes the common good is best determined by a social elite.

A rather different view of common good, which placed emphasis on human association and the quality of relationships between people, emerged from Christian thinking. One inﬂuential early text contained this injunction:

‘Do not by retiring apart live alone as if you were already made righteous, but come together and seek out the common good.’[2]

This view became the foundation for twentieth century Catholic social teaching, which deﬁnes the common good as ‘the sum total of social conditions which allow people, either as groups or as individuals, to reach their fulfilment more fully or more easily’[5] and which emphasises that common goods are produced through relationships and commitments made by people and social groups to each other.

Recently neuroscience, behavioural economics, and positive psychology are creating an increasing body of empirical evidence that human beings are ‘hard-wired’ to seek meaning and fulfilment in and through relationships that create common goods. [7]

Are charities doing enough to contribute to the common good?

So what are the implications for voluntary organisations today? For charities, it raises a profound question about what it means to be a charity. The term charity derives from the Latin ‘caritas’, as used in the Vulgate Bible, where it meant unconditional love and generosity between people (‘though I bestow all my goods to feed the poor … and have not charity, it proﬁfteth me nothing’.[8]  Later the word was more narrowly applied to the act of giving, and then to the institution itself.

In many charities today the original radical and unconditional sense of ‘caritas’, so closely connected to the idea that common goods are produced through relationships and commitments between people, has become subordinated to more functional and selective questions of how to do good and for whom, and to the charity’s own institutional demands and self-interest.

Similar considerations arise for other parts of the ‘third sector’. For social enterprises what does it mean to be ‘social’? Is it just about legal structures, or about speciﬁc ‘social impacts’ which an organisation can achieve, or is it more fundamentally about common goods generated by associative relationships and therefore intrinsic and necessary to a society’s culture and practice?

A group of civil society organisations, supported by the Carnegie UK Trust and CCLA, has recently set out a Call to Action for the Common Good.[9] This Call to Action is not addressed to the voluntary sector alone, but also to public and business sectors, and suggests that common good principles are capable of application across all sectors. It points out that the common good does not happen of itself, but rather has to be made and continually remade, and proposes a national debate to stimulate people to apply the principles within their organisations and within their sphere of inﬂ uence. Critically it reminds us that we are not starting from scratch, that examples of good practice do exist, and can be built upon.

As the Call to Action emphasises, the power of the common good is that it is nothing if not hopeful, not least because it implies a conﬁ dence in ‘people-powered change’, and the possibility of realising wider public purpose which transcends short-term self-interest. But many institutions (public, private, and voluntary) will, in practice, find this extremely difficult. The assumption that people are not capable of acting as agents of change, that others need to act on their behalf, is widespread. Transactional, command and control models of organisation have become dominant in every sector and in our political system. All attempts to go beyond narrow individual and institutional self-interest to practice common good, in its radical associative sense, would constitute a threat to business as usual, and it would be foolish to underestimate the consequent resistance.

What for example would it mean to work together for the common good? At one level it seems simple, a combination of common sense and good management. Surely it comes down to better co-operation, a reduction in ‘silo’ working, building alliances to tackle a shared problem? But so often this turns out to be incredibly tough going, endlessly battling against the grain of vested interests, inertia and obstruction. And hard questions emerge. Who determines priorities and purposes? How can people with different and even opposing self-interests combine in association? Will minority and unpopular groups once again be excluded? Can common good be accomplished from on high, or does it require a local people-sized community approach? The common good reveals itself as something which must be deeply contested, subjected to deliberative debate, if it is to mean anything worthwhile.

But when people really do ﬁnd themselves working together for the common good it can be intensely liberating. Power and ownership and risk and reward are distributed more widely, trust and friendships are built, new forms of solidarity emerge. And at the centre of this, as Catholic social teaching asserts, is always the quality of relationships between people and the commitments they are prepared to make to each other. Like myself, you don’t have to be a Catholic, or religious at all, to realise that this could be quite important.

What would happen if we were to apply the lens of the common good to some of the big challenges which society faces (austerity, the widening poverty gap, the ageing population, the decline in democratic engagement, the threat of climate change, for example)? In all these cases, if it is true that common goods can only be produced by relationships and commitments between people, then above all we will need to build and to practice new forms of association, which embrace many more people, and many more interest groups, from neighbourhood level to national level, in politics, in business, in public services, and indeed in the voluntary sector, if we are to have any hope of tackling these problems, rather than forever going for the quick ﬁ x and endlessly pushing the problems away, to someone else, or down to the next generation.

Taking up the ‘Call to Action’ for the common good might therefore be a means not only of re-animating the spirit of the voluntary sector, but could also perhaps provide an organising principle for society as a whole to tackle its big social challenges in more effective ways.

Steve Wyler OBE is an independent consultant in the field of social change and innovation. Steve is a panel member of the Inquiry into the Future of Civil Society, co-convenor of the Better Way initiative, and author of In Our Hands: A history of community business (2017). He is the former chief executive of Locality, where he grew the country’s largest network of community enterprises, delivering national programmes on community organising, neighbourhood planning, community asset ownership, and neighbourhood budgets.