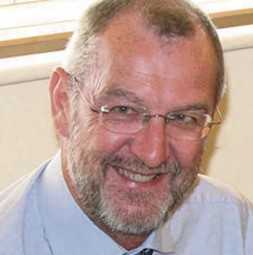 Start From the Bottom Up

This article was published in The Tablet on 25 April 2013 and is reproduced here with the kind permission of the author.

Collaboration and participation – the new buzzwords in welfare and social justice

In the 1980s, in São Paulo, Brazil, I visited a squatter community in a city-centre favela that had been given a substantial piece of land by the city council to relocate their community. They referred to it as the “mutirão project”.

They were clearing the site, had built a community centre and local radio station and were working on new houses and business units, including furniture and household goods shops. When pressed for a translation of the Portuguese word mutirão, neither “mutual” nor “cooperative” was accepted as having the same meaning – mutirão was a special word.

English has no synonym for mutirão. What’s more, our Prime Minister of the time, Margaret Thatcher, famously proclaimed “there is no such thing as society. There are individuals, men and women, and there are families. And no government can do anything except through people and people must look to themselves first. It’s our duty to look after ourselves and then also to look after our neighbour.” The same spirit is alive and well in public policy today. Recent reforms of the welfare state heralded a shift from the consensus narrative of “universalism” towards blaming individuals for their plight in poverty. Individuals are now targeted as “morally responsible”, shifting the arguments away from economic and social structures and the role of the state.

The concept of the Big Society has come to mask a political economy still locked into atomising, fragmenting, top-down individualism, based on a shrinking role for the state at all levels. The broader rhetoric around the concept has been dropped and instead specific initiatives such as the “Big Society Bank loan fund” have been developed. Even localism – a concept with radical potential for real community rebuilding – has been undermined by a shift to privatisation and contracting-out which favours the biggest companies.

Against this rhetoric of individualism, privatisation and marketisation, it is difficult to reassert an agenda of cooperation and “together for the common good”. Solidarity is being undermined.

Yet the Christian tradition throughout the centuries has been strong in insisting on the unique value of the “person”, not to be isolated as an “individual”, but understood as a “person in community” (as philosopher Jacques Maritain spelled out in his work). That sense of “man as a social animal” has deep philosophical roots and is a theme that is receiving increased academic attention as sociologist Richard Sennett’s recent work Together makes clear. Catholic Social Teaching from 1891 onwards has a rich tradition emphasising the need to hold together both “solidarity” and “subsidiarity” as the twin pillars supporting “the common good”.

The Dominican economist Albino Barrera insists that any new approach to economics must hold together the two concepts of equity and participation. Inequality and poverty cannot be successfully tackled without encouraging participation. And without participation, equality cannot be sustainably achieved. This insistence establishes a new template for translating the principles of “persons in community” into practical economic, social and political action.

Building “community economic development” requires tools such as “participatory budgeting” at local level and getting people involved in running local services. An example of this is Bramley Baths in Leeds where the city council handed over a swimming pool to local people for a 25-year lease at a peppercorn rent, giving them responsibility for their own service.

Decentralising services – such as the care of children, the sick and the elderly – can also have other benefits. Not only do people take more responsibility, but the organisation of these services at street and neighbourhood level can help to tackle social isolation (not least in overcrowded urban areas) and rebuild communities where society has become atomised.

However, addressing issues from the bottom up can only go so far in a rapidly changing environment in which business and technology reinvent themselves regularly as the economy changes. Keeping up demands regular rethinking. For example, a dual family income has become the norm, and so caring for children is increasingly a grandparental responsibility. Then the frail and the elderly also need help from other family members, but how does an extended family cope when its small, nuclear units are spread far and wide?

In Christian social teaching (acknowledged even in Mrs Thatcher’s comment), the role of families – and what we regard as families – is vital. Notably at the heart of the Catholic Church’s seminal Vatican II document on social teaching, Gaudium et Spes, is a central and neglected section on “the family”. In other words, the Church has something to contribute to a radical rethinking of the roles of work, employment and caring in the context of a sense of “family” (and extended non-blood family community) particularly in these times of economic crisis.

Rebuilding community may prove to be the Church’s central task in this economic crisis. But that implies rethinking our theology and “church administration” for the future. There are already available examples of new approaches in practice so that we do not need to restart from scratch. In September, the major conference “Together for the Common Good” will bring together Christians from around the country to share experience, good practice and explore what solidarity and subsidiarity mean today.

Rt Hon John Battle KCSG is a fellow at Blackfriars Hall Oxford, on the board of Las Casas Institute, Oxford, consultant to Three Faiths Forum, and a Fellow of Leeds Trinity University College. He was the national director of Church Action on Poverty (1983-1987). He was Labour MP for Leeds West (1987-2010), Minister of State at the DTI and the Foreign Office (1997-2001) and the Prime Minister’s Faith Envoy (2001-2005).