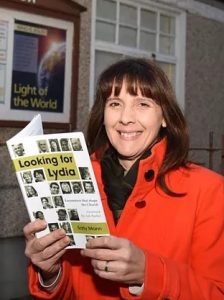 Mission is not always about moving

As a born and bred EastEnder, Sally Mann fears the suburbs and loves the grit and grace of local, ‘no-facade’ people. Given the pace of change in the inner city, she argues that there is something heroic about engaging with place by staying put. A Baptist minister in Newham where her family come from, she makes a compelling case, drawing on her own deep experience as well as theologians including Brueggemann and Newbigin.

My family have lived in the same four streets in the East End of London for five generations, serving the local community through the same church, Bonny Downs Baptist. My family have become conspicuous by our very lack of movement. I had wondered if my family’s enduring call to the East End wasn’t best described as a lack of imagination.

I hadn’t really paid much attention to this until a few years ago.

At one time mission meant moving; sending, exile and crossing cultural boundaries inferred physical journeys. The ‘sent out’ were the pioneers. But according to John Perkins I am a ‘remainer’ [1]. I could possibly be a ‘New Friar’ (Bessenecker) [2] or an ‘Intentional Neighbour’ (Smith) [3].

Now I have a whole new set of vocabulary. I am made over. I prefer this new narrative. And I think there is something heroic about staying as a ‘planting of the Lord’ in the shifting sands of East London. We are a missional specimen.

I think staying is the new moving (in the inner city at least). It holds within it experiences of exile and forces us to confront the great idols of British Churchianity. Much of what is said about mission and moving feels redundant to those who opt to stay in poorer inner city areas.

Here’s an inside out view of mission from a ‘remainer’ perspective.

21% of the population of East Ham Central were new arrivals in the four years prior to the 2011 Census (the national average is 3%). Where I live in West Silvertown – a regeneration zone along the Docks- there is an annual 20% churn. The pace of change is dizzying. Demographically and environmentally I live in the midst of perpetual motion. I live in a borough where everyone is in the minority. That’s a different spin to saying in Newham 16.7% of residents are ‘White-British. [4]

Seeing all ethnic communities as one great mass of otherness creates the ‘white fright’ that is behind ‘white flight’. When many leave the East End, and other urban contexts, could it be they seek to settle among ‘their own’ again? Might those who ‘move’ on actually have a reduced experience of change than those who feel called to stay? What better way to face the Other than to stay put and build community in a multi-everything, changing place?

The radical call to redefine ‘neighbour’ works because of the ethnic difference between the actors in Jesus’ parable. In Newham, no one ethnic group accounts for more than a fifth of the population. I am in a minority. So is everyone else. Marvellous. I was never convinced that those I am called to identify with should be like me. Isn’t my God a community of common good? Do we need to be surrounded by ethnic similarity to feel connected? How on earth will we cope with heaven?

Let’s be honest. Many people leave the inner city because they feel challenged by waves of immigration and the pockets of deprivation that characterise urban life. The call we heed is often not that of the Jesus who sends to the needy, but the middle class trinity of good schools, clean neighbourhoods and capitalising on investments. I just wish we would be honest about it.

There’s a lot more fun and celebration working in poorer communities than people might imagine. My church throws the best parties and fills the dancefloor at weddings. We are party people. The charity we set up to serve our community has three core values: inclusion, celebration and empowerment. [5] We do all three extravagantly. You would be surprised how much laughter goes on in our foodbank and homeless project.

Living as a missional community has enabled other journeys. Angie has pioneered bringing ‘apt liturgy’ [6]into our poverty responses projects. If you want the Lord’s Prayer to come alive, read it in a community reflection with the homeless and dispossessed. ‘Give us this day our daily bread’ has a unique resonance there.

As a church we are journeying to become a more intentional missional community. It’s not an easy road. My aim as its minister is to fulfil Newbigin’s aspiration for a local congregation to be an ‘embassy’ of the Kingdom of God:

It’s clear to those who remain in poorer urban neighbourhoods that we are under-resourced ‘white fields’ for mission (John 4:35). Newham needs missional ‘relocators’ and, dare I say it, ‘returners’ too. Robert Lupton says it explicitly, ‘Troubled communities will continue to deteriorate as the capable exit in pursuit of better opportunities.’ [8]

A word about places and power

Do we need to return to ideas of place and power that are more Biblical? Brueggemann’s theology of place [9] challenges us. Brueggemann argues that land is not given to God’s people to meet their needs, but people are given to God’s land to care for it. When I think about the marginalised places in my community, I have to ask why apparently so few of God’s people are given to care for them. Or have God’s people turned away from this Biblical mandate and seen places as serving their needs?

This may explain the drift from a missional conversion that sends us (or requires us to stay) to live among with the last, least and lost, to the more familiar currents that draw Christians towards comfortable neighbourhoods. Missional thinking has some way to go before it really inverts this precedence and asks, ‘Which people are given to this place to look after it?’ Wouldn’t it be wonderful if job descriptions for the best ministry posts stopped listing enticing wages, prestigious perks and the opportunity to further careers, and replaced them with a list of the neighbourhood’s structural sins and brokenness ripe for Kingdom transformation? Can you imagine it? Me neither.

Finally, is it just me or do we all know many clergy who go misty eyed recalling how they were moved by Liberation Theology during their training… and how few actually moved to join the margins? I have yet to meet a minister who does not big up ministry years ‘on a housing estate’. But it’s so often early in their CV. Why are our best, seasoned and resourced leaders not cashing in their experience in the darkest places?

Moreover, why is so much theorising about the inner city made by those who are no longer here? I agree with Ched Myers: ‘hope is where your ass is.’ [10] Or as Elias Chacour put it:

If there is a problem somewhere, he said with his dry chuckle, this is what happens. Three people will try to do something concrete to settle the issue. Ten people will give a lecture analyzing what the three are doing. One hundred people will commend or condemn the ten for their lecture. One thousand people will argue about the problem. And one person–only one–will involve themselves so deeply in the true solution they don’t notice the discussion. [11]

Hope needs to be ‘enfleshed’ to mean anything to the hopeless. [12] Our inner cities need returners and relocators. They may then find their greatest movement comes when they decide to stay put.

Sally Mann is an ordained Baptist Minister at Bonny Downs Church in East London. She is also a part-time university lecturer in sociology at the University of Greenwich, and is part of the editorial team of the Journal of Missional Practice (JMP). She is the author of Looking for Lydia: Encounters that Shape the Church and is also a trustee of Red Letter Christians UK.

This is an abridged version of an original article shared with kind permission of the author. It was first published in 2016 by JMP s a reflection on ‘A Deeply Rooted Missional Community in Bonny Downs‘, an interview by Martin Robinson with Angie Allgood and Sally Mann.

The Journal of Missional Practice has a number of features about Bonny Downs, here.

This essay was featured in T4CG’s Autumn 2021 Newsletter.