In extraordinary times, ordinary people in small groups are pooling resources and knowledge to support their neighbours financially. Matt Wilson writes about the work of Common Change UK in its role supporting people to become good civic neighbours.

The North East has seen more than its fair share of tough times. The economic fallout of this pandemic is bringing unprecedented challenges. I live on Tyneside and we know families struggling to put food on the table, to make ends meet, to pay funeral costs. State support can be slow, bureaucratic and dehumanising, and the embarrassment around poverty can mean hidden suffering and isolation. It’s the same picture right across the country. As the situation worsens, how can we best support our neighbours?

As chair of Common Change in the UK, I want to share with you a simple approach that works. We help local groups commit to pooling financial resources to meet needs in their neighbourhoods and networks. Together, they share what they know, listening out for where people need help.

Adam, one of our members from Tyneside, described what happened when his area was put under Tier 3 Covid restrictions: “One of our group is a primary school teacher in a really tough part of town. She knew of families who had literally no food to cover them over the half term holidays – and the government weren’t giving any extra support. Using our common fund we were able to quickly get the resources together to assemble and deliver food parcels for about 20 families. In doing this we were able to let these families know that someone saw their struggle. It was our way of saying “you’re not alone in this – someone cares.”

Nearly 20 years have gone by since the publication of Robert Putnam’s seminal book Bowling Alone, which presented the idea of social capital as a form of value in the relationships between people. He sets out its numerous benefits, from access to better information about the world around us, to forms of reciprocity and mutual aid, to the wellbeing created by participation in collective action for the common good.

The sadness at the heart of the book comes from his sober assessment that social capital has seriously declined, that society had become more atomised, and that we are all worse off as a result. His latest book proposes that a revival of common good thought and action (what he refers to as the shift from an “I” society to a “we” society) can happen again now. I agree, but the challenge for me is whether I will do so passively or actively, saying to myself “Yes, that could happen, wouldn’t it be nice” or “I’m going to do my bit to make that happen”.

Common Change groups are able to make that active response a reality: we see social capital made real in supportive relationships with our neighbours. Putnam’s social capital takes two forms: bonding capital, which has the effect of knitting a community or group together, like a glue; and bridging capital, which reaches outward, crossing divides to link up diverse interests. In the three years we’ve been active in the UK (we have a longer history in the US) we’ve done well at the bonding side of the equation through listening to our neighbours, our local knowledge and connections.

Take Claire, one of our members in Manchester, who said, “I had got to know a lady at the local wellbeing centre – she volunteered in the café as well as being a full-time carer for her husband. I learned that she had no washing machine and she’d been taking all her washing to the launderette – inconvenient and expensive. As a group we were able to find and fund a quality washing machine and get it installed in her home. She was really touched by the gesture and I know it made a big difference to her daily life.”

Claire continues with another story. “A member of our group had become aware of a woman in the community whose daughter had passed away tragically. In the midst of her loss and grief, this mother was struggling to afford a dignified goodbye. We contributed towards the funeral costs. We all felt that it was such a privilege to be able to step in and share the burden with her.”

Our groups have distributed around £6,000 worth of assistance over the past year, with the average gift being around £250. Because of the relational way in which Common Change works, each gift has brought people together and has had the effect of drawing economically isolated individuals and families more closely into the orbit of a supportive community.

We are also seeing our groups forging links with neighbouring associations, businesses and other local bodies. This is the “bridging capital” that Putnam speaks of. It strengthens our ability to act in solidarity when it matters.

There is no substitute for real physical presence, but during lockdowns, we are running an online conversation space (via Zoom). We call it the Common Good Canteen as it replicates the chatty atmosphere of a workplace during lunch hour, with the addition of stimulating guest speakers. Anyone interested in pursuing the common good can join in. It’s in this kind of space that coalitions for the common good can grow: practical coalitions that share knowledge and pool resources – and result in more people feeling they are not alone, that someone cares.

To register for the Common Good Canteen sessions, click here. 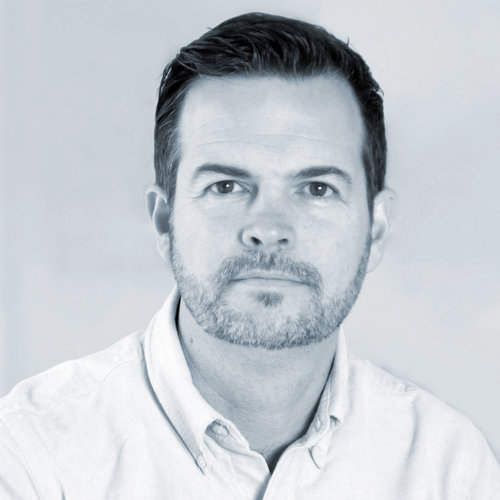 Matt Wilson wears several hats… he’s the chair of trustees of Common Change UK, a group that promotes generosity through group-based giving, he also runs a consultancy business that helps organisations enhance their social impact, and he represents his community as a local councillor. Follow him on Twitter at @MWilsonFRSA

This article was featured in the Lent 2021 edition of the T4CG Newsletter.