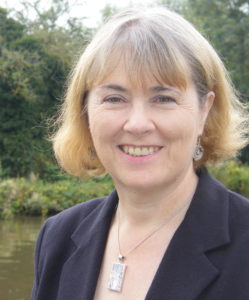 The Common Good and Austerity

This article was written in 2013, in the early days of Together for the Common Good.

On 29 December 2012, the leaders of three northern city councils, including the Mayor of Liverpool, Joe Anderson, wrote to the Observer newspaper to warn that cuts in local government services have now gone too far. They described the government’s cuts as unfair, and likely to contribute to the break-up of civil society.

The letter – and attendant comments in the broadsheets – was an indicator of a growing unease both about the impact of austerity and the uneven distribution of its effects. ‘North-south divide’ is back in the news.

Some weeks later, a summit of faith and political leaders from these and other cities gathered 200 people in Liverpool to give a wider voice to concerns about fairness and build a common platform. The Bishop of Liverpool, James Jones, pledged to   ask the Government again to review and re-examine the criteria upon which the cuts are being made. Councillor Joe Anderson asked the question ‘Is it wrong to stand up for the young and the ordinary people who need help?’.

For many of us that lived and worked in Liverpool through the eighties, the sense of having seen all this before is unavoidable.  The statistics are grim. Liverpool City Council, for example, is having to shave 28% from its budget; almost one in three households in Liverpool has no-one in work; there are seven unemployed people for every job vacancy in Liverpool. The government’s assumption that jobs are achievable if people try hard enough never seems to reflect the reality for cities so dependent on the public sector. The tabloid headlines about ‘shirkers and workers’ are further insult to communities long grown weary of trying to explain.

Employment and welfare policy in the face of a recession is a complex area, even more now than in the eighties, as our economy is so interwoven not just with European countries but also with global trends. But the basic impact of  unemployment,   a sluggish economy, and higher prices for just about everything is the same as it ever was. People struggle, and some suffer badly.  It seems indisputable that some northern cities are experiencing an unequally large share of the impact.

Now, as then, as a society we should be asking whether the voices of those whose lives are changed and shaped by these economic forces are sufficiently heard, and whether the social costs have been accurately counted. Liverpool – like many other towns and cities – knows what it is like when entire communities suffer substantial losses of jobs, and how long it takes to restore and rebuild lives. And fairness should be a concern for all of us.

The faith and political leaders’ summit evoked memories of the many times that Derek Worlock and David Sheppard were involved in similar initiatives. They took action of this kind tirelessly during their years of ministry in Liverpool, challenging Government policy, making the case for the city and its people.  In the eighties, Liverpool was distressed, and as Clifford Longley comments in ‘The Worlock Archive’, ‘if any city did, this one needed standing up for’.

It is hard to know what difference this made to people facing harsh economic realities. Were they comforted by knowing that local faith leaders recognised, understood and championed their cause? My memory suggests that it did matter, that the fact that someone was speaking out, on our behalf, gave us hope. It may have mattered most to church members, across all the churches, since the bishops’ voice on the side of the most vulnerable was part of a continuum of ministry covering so many aspects of church life and mission.  What they did validated and inspired our faith. But it also had an impact across the city and region, at all levels, and not just within faith communities. It is unusual for bishops to become Freemen of cities; for local newspapers to publish 12 page tribute editions when a bishop dies; for a Catholic bishop to become a Companion of Honour. There were many signs of how the city and community of Liverpool, within and beyond its faith communities, recognised and were grateful for what the bishops had done.

The Worlock and Sheppard public voice was characterised by persistence and courage. For over a decade, they spoke out, in actions as well as words, about the same core issues of unemployment, poverty, and the impact on children, young people and families. It was courageous because they would have known that criticism would follow, and it did.  Their voice was well informed, both because they listened to local people and relevant expertise, and because they had strong political awareness and good understanding of public policy.

Speaking out on public issues can seem a perilous path for faith leaders. They may wonder if they have a mandate or they may think they lack the in-depth knowledge needed to address issues authentically. It often seems as though the only way that church leaders feel safe in speaking out is through committees, sometimes lasting months or years, resulting in reports which often offer a general critique rather than taking a position on a specific issue. Anthony Harvey, in ‘By What Authority?’ described many such statements as relying mainly on common sense and general moral consensus, and commented that even ‘The Common Good’, the Catholic bishops’ widely praised 1997 statement, is ‘muted’ in its challenge.

Undoubtedly there are risks. It is at the heart of a bishop’s ministry to be a focus of unity, and any public voice worth hearing is likely to be divisive. But it seems a far greater risk that people will lose hope and confidence that their Christian faith speaks to their daily life and reality if the churches and church leaders have nothing challenging to say on such major issues as welfare reform and benefits cuts. And those outside the churches simply continue to believe that faith is irrelevant or concerned only with special pleading for its own interests.

Today’s context is undoubtedly a more difficult one for faith leaders who ponder whether to speak on social and political issues, when compared with the eighties. The narrative of what some see as ‘aggressive secularism’ has created a defensiveness in many faith communities. Cynicism about politics is deeper, and public trust in most institutions is at very low levels. Managing the presentation of any public voice requires much higher levels of skill, technological expertise and resilience in a fast moving multimedia political culture. It is also more likely today that public voice is best developed within a coalition, not just of Christian or even faith voices, but also of other partners, both political and community based. There is good evidence that such public voice can have an impact, re-focusing debate, extending accountability or legitimising and supporting protest.

The Sheppard and Worlock public voice was  distinctive  partly because their focus was the particular situation of Merseyside. They combined an issue and opportunity based strategy with deep local knowledge. It was a kind of voice that is still needed today, alongside and within coalitions such as that now forming at the Liverpool summit. There is a role for the generalised commenting and lobbying, both public and behind the scenes that can be done in Westminster. But there is also a need for challenging and informed advocacy on behalf of the poorest and most disadvantaged and excluded, for taking sides. It seems shocking that the Mayor of Liverpool even needed to  ask whether it is right to speak out, and one of the most valuable and evangelical ways this can happen is still local and specific. The instinct to speak out, or to want voices to be heard, lies at the heart of hearing and living the Gospel of Christ.

I believe we need a renewal of commitment to this task of public voice, understood as part of the prophetic work of churches. Undoubtedly there will be different ways in which it should be done now, when compared with the eighties. Chief among these is the imperative of enabling the actual voices to be heard of those whose lives are up-ended by joblessness, benefits withdrawal or other such calamities. Effective public voice clearly requires drawing upon relevant expertise, and gradual construction of an analysis of policy and its impact. It must address a wider agenda than churches’ own interests or concerns. It must recognise and affirm moral instincts in wider society, and encourage dialogue.  Sometimes it must be local, and sometimes highly specific. It must not be afraid to get its hands dirty, nor to be divisive.  Most of all, it must be a voice in which something distinctively Christian is said, although in ways that are accessible to people of all faiths and none. Who will speak, if we don’t?

Pat Jones was a close friend and colleague of Archbishop Worlock, whose twenty year ecumenical partnership with Bishop David Sheppard was the original inspiration that led to Together for the Common Good. Involved in ecumenical work in Liverpool throughout the 1980’s, Pat was also Adviser and Director of Adult Christian Education for Liverpool’s Catholic Archdiocese (1982-1992). She was Assistant General Secretary of the Catholic Bishops’ Conference of England and Wales (CBCEW) (1992-1998), Deputy Director of CAFOD (1998-2004) and Director of the Prisoners’ Education Trust (2008-2012). She holds several degrees in theology and religious studies, and was awarded a CBE in 2012 for services to prisoner learning.