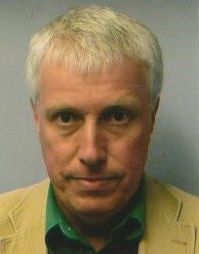 Speaking from his experience both in a Citizens Advice Bureau and the St Vincent de Paul Society, John Ellison says that real spirituality requires being attentive to the reality of people’s lives. Today that reality can be a vicious circle of insufficient income and spiralling debt. This is a talk that was delivered at an SVP Festival meeting at Sacred Heart parish, Moreton, Wirral.

In preparing this presentation on Spirituality and Micro-Credit I have tried to bring together a number of ideas which have been debated at a local and national level over the last few years.

Firstly, I would like to consider debt and the reason it has been a prevalent feature in Western culture over the last decade. When I worked as a debt adviser for the Citizens Advice Bureau it was clear that most people who came for help barely had enough income to cover their essential outgoings. This meant that in terms of coping with the re-payments to their creditors there were hardly any options. For clients who had no assets the creditors could be offered minimum offers of £1 a month or the client could be helped with some form of insolvency application, either through bankruptcy or an application for a Debt Relief Order. For those who were home-owners the situation was more complicated but if they didn’t have any spare income once food and gas and electricity were paid the option for the creditors would still be to make an offer of re-payment of £1 a month.

What struck me during this period was the way credit had been given out so easily and with no real checks made on the affordability of repayments. Clients confirmed they often had a loan or credit card application confirmed over the phone and that the only check made was if a client was in paid employment. In the pre-2008 era of credit there was a prevailing culture whereby this kind of credit was used for consumption. So the money received was spent quickly on clothing, drink and holidays and it was only later that the un-affordability of paying the debt instalments kicked in. This situation seemed to suit society at large as the previous government was happy with economic growth achieved without pressure on wages inflation. Because of this the ‘bad old days’ of union confrontation also seemed to had passed.

Yet 2008 came and with it all the miserable consequences as this newly-woven fabric of society unravelled. Looking at the present situation in a discerning way we can reasonably ask whether there has been a real reckoning with the mistakes of the past. Research by organisations like the Resolution Foundation continues to show that there is an ever-expanding ‘squeezed middle’ who find it a struggle to balance their income and expenditure. Britain has become more socially divided with a jobs sector increasingly based around low-skill and low-paid work.

Alongside the Resolution Foundation’s work there have been other commentators who have pointed to the way there has been a kind of state subsidy for employers and landlords. Because of working tax credits and housing benefit there has been a blurring of any on-going sense of what constitutes a living wage or a fair rent. The common-sense calculation of looking at wages in one column and necessary expenses like food, rent and heating in another column has been replaced by an obscure and almost surreal system where increases in income can even make people worse off.

One of the definitions for promoting Financial Inclusion in disadvantaged communities is that there should be access to Credit Unions, Free debt advice and affordable credit. I would like to challenge some of these assumptions given the present economic and cultural climate we live in. There are millions of the population, both working and non-working, who are by definition un-credit-worthy in that they have no capacity in their budgets to pay back interest-bearing loans. If this is the case then the solution needs to be addressed at a broader political level than trying to devise sustainable micro-credit with less than 30% APR. There needs, then, to be an awareness of the need to create more jobs in total, more jobs that pay a Living Wage that produces a surplus for emergencies and leisure activities, and more affordable housing.

Relating these issues to spirituality I would suggest that an attentiveness to the reality of the lived situations of those around us in always necessary. By this I mean that a distanced and abstract assent to the good may not be enough. There is a kind of consensus why Payday loans are a bad thing but not enough awareness of how they actually work. Payday loans will most often be given to people with a poor or non-existent credit rating. So for people caught in emergencies and with no family or friends to access money from it seems a natural option to turn to. The money will be paid into their bank account and they can then pay off whatever emergency debt they had whether this be a gas or electricity bill, council tax arrears, fine from the bailiffs, etc. However for those on benefit income or minimum wages things will invariably go wrong even if this may take a number of months to happen. The instalment re-payments will be taken from the bank account by means of a Continuous Payment Authority. If ever there are insufficient funds in an account the pay-day lender can go back in at any time to take their money out. So if benefits are paid into the account at midnight the pay-day lender will electronically programme their instalment to come out at one minute past midnight. This often produces circumstances when a client finds in the morning there is not enough to withdraw for food, etc. Unlike direct debits or standing orders Continuous Payment Authority arrangements will not usually be cancelled by the banks. There have been times when a bank will suggest that a client reports that their bank card has been lost (even though it hasn’t) as they then have the option not to set the Continuous Payment Authority up on the new card.

I’m trying to paint a picture of the quite rapid descent into a vicious circle of closed-off options. Once a month’s instalment has been missed by the client the astronomical interest rates then start. Whenever income goes into the account the payday lender then eats it up eventually leaving not enough for rent, food and other essentials.

How do we create virtuous circles of social behaviour? Can credit unions on their own trade the pay-day lenders off the high street? In mentioning the issue of attentiveness before I would like to connect it with the famous anecdote familiar to most members of the Society of St Vincent de Paul. When challenged in a debate with fellow students about what Christians did in terms of social action Frederic Ozanam founded a group to go out and help the poor. Initially they started knocking at a door and leaving firewood on a step but not actually waiting to speak to the people in the houses they called on. When one of the nuns who acted as a spiritual mentor heard this she said they had got things badly wrong. What they needed to do instead was to give their time and commitment and to ask to be invited in as friends and equals. This advice was acted on and the Society of St Vincent de Paul has flourished since then. The point then is that practical help is not ruled out. Many of the families visited would have needed and been helped with firewood. But the help becomes Gift in its true sense when delivered in a context of equality and person to person engagement.

So people in direct contact with the poor whether they be from faith groups like the SVP or from secular agencies like the Citizens Advice Bureau or social services will have a feel for the real shape of people’s lives.

Is there some sort of ideal which may be constructed from all this? If there were the numbers of volunteers on the ground and additional resources we could imagine a joined-up service where credit unions and debt advice could be linked to the Society of St Vincent de Paul and other ‘gift-giving’ agencies such as food-banks. Wherever possible there would be the time and commitment to go into the personal situation of the client so that the need for one-off grants would be deemed to be appropriate. This would take the pressure off the credit unions who have to look at sustainability and can’t afford too many delinquent members. It would provide a more healthy ‘ecology’ of help which doesn’t always have to resort to the treadmill of more credit, whether this be classed as ‘affordable credit’ or the more obviously predatory versions such as pay-day loans and loan-sharks.

I have tried to suggest that Gift may be linked as much to understanding and personal involvement as to solely being seen as financial assistance. Perhaps society is so unhealthy in that is has become so mechanised and digitised. The solutions to everything are falsely presented as being ‘out there’ on the internet. Everything is geared up to personal advancement and individual financial gain. In a similar way politics is beset by the tendency to come up with instant fixes and solutions. When these processes are analysed they are often really mechanical at their intellectual core. Unsurprisingly, then, it will often seem that we are all caught up in an increasingly heartless system. Yet the gospel values of Gift do still call us to be heart-filled persons living in an unpredictable and unplanned world but ever open to the needs of others.