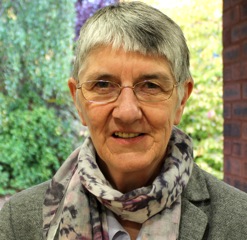 This article first appeared in the Church Times on 30 August 2013.

This is an opportune time for considering the Churches’ role in civil society. The many Christian projects serving communities show that the Churches are active players, and also that they are more effective when working together.

The language of the common good, with its emphasis on solidarity, subsidiarity, and social well-being, can give us a means of articulating a better way of organising society, which can be shared by people of other faiths and no faith. Now is the time to express this in a fresh way for our current situation of austerity and cuts.

In the 1980s, Faith in the City painted a picture of poverty, polarisation, and the “grave and fundamental injustice” in urban priority areas. It rang true to people who had no connection with the Church.

In Liverpool, a city at the sharp end of economic decline and government policies, church leaders – Roman Catholic, Anglican, and Free Church – acted jointly as honest brokers between the warring factions of local and central government. They worked with communities on social-justice projects, with transformational results. Their alliance was based on their shared concern for the common good.

Many Christians are continuing in that tradition today, working together, serving their communities, recognising that these social imperatives are bigger than the concerns of their individual faiths. Together for the Common Good is a new initiative that seeks to explore ways in which different Christian traditions and other faith groups can work better together. It is looking back to learn from the Liverpool story of the ’80s, but also examining changes in the context of today.

Many areas are suffering today. Inequalities within and between different parts of the country are firmly back on the agenda – if they ever went away. The gap between rich and poor in the UK is greater now than at any time in the past 50 years. Various reports over the past few months should alert us, if not alarm us.

A report from Church Action on Poverty (CAP) and Oxfam, Walking the Breadline, published earlier this year, conservatively estimated that more than half a million people are now reliant on food aid (News, 7 June). Researchers at Sheffield Hallam University have calculated that the present welfare reforms will take nearly £19 billion a year out of the economy.

The north of England will suffer substantially more from these cuts than the south and east; and those places that are already the poorest will be most acutely affected. When people have less to spend in the local economy, it damages the viability of shops and businesses in the area, and affects employment. The downward spiral is given another twist, and the gap worsens further between the best and the worst local economies.

Church groups, like many others, are responding to such issues. Churches are prominent in setting up foodbanks and many other community projects, often joining others of like mind, whether Christians, members of other faiths, or secular partners. For example, Hope+ foodbank, one of several in Liverpool, is a partnership between the Anglican and Metropolitan Cathedrals, other city-centre churches, the local mosque, and secular allies.

Thrive, a CAP project in Stockton-on-Tees, illustrates the importance of “working with” rather than “doing to”: it aims to empower people to be active agents of change. So, after identifying financial exclusion as a significant issue in the area, Thrive met women who were struggling with debt and experiencing aggression from doorstep collectors. As well as being helped with their individual problems, they were trained in community organising. As a result, they went on to negotiate a code for responsible lending with three large national high-cost lending companies: this benefited more than 300,000 low-income customers.

Too often, church-linked activities such as debt-counselling, work with homeless or unemployed people, or with refugees and asylum-seekers, remain below the radar. But they are precisely what is required if the Church is to retain credibility, especially in hard-pressed neighbourhoods.

While their purpose is not to proselytise, there is an evangelistic dimension because they show the relevance of the gospel to people’s lives, in contrast to the institutional issues that so often seem to preoccupy or divide the Churches.

A recent ResPublica report, Holistic Mission, underlines the extent of social action promoted by the Church of England (Church Times/News, 12 July 2013). It does not, however, examine what other Churches are doing similarly, and the ways in which collaboration can be more effective than acting alone.

Partnership is not necessarily easy. Goodwill is not enough. Qualities of leadership and people skills are required, as well as a shared vision, and, most fundamentally, trust. But bringing together people who want to make change happen avoids duplication, extends reach, and enables better use of time and talents, people and premises.

A united voice is also more powerful. At a time of deepening concern about individualism, consumerism, growing inequality, and other symptoms of a fractured society, the concept of the common good provides a narrative that makes sense of recent economic downturns and the limits of the market. Churches need more confidence about their place in civil society, and the message of hope that they can bring.