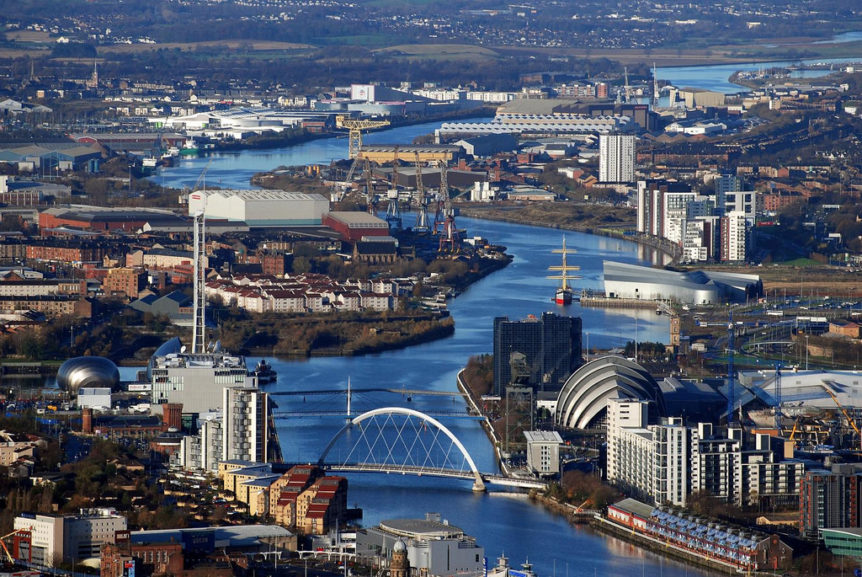 Representatives from several of Glasgow’s church-based social action and ecumenical groups recently came together for an evening with Together for the Common Good.

Organisations represented included Action of Churches Together in Scotland, Glasgow Churches Together, CrossReach, the Focolare Movement and Faith in Community Scotland. Meeting at Focolare House, the group invited Jenny Sinclair, Director of Together for the Common Good (T4CG), to animate an informal discussion to help them reflect on their work in communities around Glasgow and further afield.

Mil Zomack, a teacher and member of the Focolare community, chaired the evening. She remarked that “the evening was not planned as a lecture, rather as a conversation, and certainly this was what happened on the deepest level, with each contribution adding to the common understanding. We shared many experiences of working together, and of building better relationships between people from different traditions and backgrounds.”

Reflecting on the political turmoil and social fragmentation unfolding across the West, Jenny explained T4CG’s view that people across the churches need to step up and work to bring estranged groups together and help foster the flourishing of the wider community. Pointing to Jeremiah 29.7, she said there is a key role that Christians can play in strengthening civil society.

Seek the welfare of the city and pray the Lord on its behalf, for in its welfare you will find your welfare (Jeremiah 29.7)

Claudia Melis, Pastoral Care Trust Coordinator for the St Nicholas Care Fund, attended along with other members of the Focolare community. She commented “we were all very struck by the passage from Jeremiah, summarising T4CG’s mission. Jeremiah’s message clearly goes against the current utilitarian and individualistic mentality of ‘me-first’ and it pushes us to look outside, to widen our model of Christianity which has sometimes been interpreted too narrowly as a ‘one-way-selflessness’. Instead, Jenny helped us explore a model of reciprocity which by its nature means that if you flourish, I also flourish. We saw that this model for social relationships, for Christians, has its roots in the Trinity – in God who is One and Three.”

She continued, “Jenny explained that the Common Good is often misunderstood – it is not a utopian ideal – rather it is something we generate together through our shared life. We don’t seek for it as an abstract vision, we build it here and now, and she invited us to look at our neighbourhood. We considered actions that may seem to be small but that nevertheless can transform a neighbourhood or a town.”

A rich exchange across traditions

The discussion involved more than six church traditions and there was a rich exchange of experiences of working at the grassroots. Andrew Whittet, Research and Strategy Officer at Faith in Community Scotland said he “really enjoyed being amongst people who are passionate about doing what they can to make a positive impact on people’s lives.”

Many of the participants shared powerful stories from their work with local communities in Glasgow.

Kenny Fulton, from the CrossReach Daisy Chain Early Years Project in Govanhill, discussed his ministry alongside families at the margins of society. Commenting on the ability of the state to solve complex social problems, he said it can be no substitute for the sacred nature of person to person human relationships: “I’m really grateful to live in a country with a government that has good policy intentions – but a system that isn’t relational doesn’t work.”

Teresa Costello, a member of the Focolare and former tax administrator, commented on how she engages with neighbours and communities in Cumbernauld: “it begins with me and the person God puts in front of me, being sincere, looking at where they are coming from, and how they see things from their perspective and why.”

Reflecting on her work in a local school, Helen Boles said: “For me ‘seek the welfare of the city’ means to live for others. If we all live for the Common Good, the world will be a peaceful, happier place, living as God wants us to live, being aware of the prayer of Jesus: “May they all be one” (Jn 17:21).

Emphasising T4CG’s vision of ‘the outward-facing church’ and the purpose of working ecumenically, Jenny encouraged the group to develop links between their churches and organisations. She stressed that “our different approaches and gifts can be complementary”, and that T4CG had no agenda for doctrinal unity, adding that “our willingness to work together despite our strongly held differences is an important witness in today’s polarised world.” The group discussed how churches are called to metaphorically ‘flatten the walls’ and work for the flourishing of the whole community, not just their own congregations.

Teresa continued: “Jenny was very well informed and able to communicate in such a way that I felt walls crumble within me that I hadn’t been even aware of. I felt I always had the Common Good at heart but my eyes were opened when she talked about the [dangers of the Church being] in a ‘siege position’. I felt a little voice within telling me to look more closely at myself when I enter into dialogue with another and see if I really am ‘open’ to looking at the subject objectively.”

Our role is to build relationships

Rev Ian Boa, Moderator of the General Assembly of the United Free Church of Scotland and Assistant General Secretary of ACTS, reflected that he had had “a realisation about the importance of relationships, that there was a need for ‘relational ecumenism’ to be built into the way we work – there needs to be something much deeper going on.” He added that “although the Common Good should come naturally to us, it still demands all our efforts to make it a reality. It needs a personal commitment.”

Jenny advised that “our role is to build relationships. We have a precious tradition, a relational vision that can benefit society: it has the potential to transcend ideological positions and challenge the negative and dehumanising forces at play. We are being called to reassert what it means to be a human person.”

The group explored the importance of fostering relationships not only personally but that churches should be forging connections with other local institutions at neighbourhood level. Person to person relationships come first, but for the kind of cultural shift that is needed, we can encourage our local and public bodies to become more relational too.

This wide-ranging conversation revealed just a taste of the scale and depth of Common Good activity currently going on in churches to support communities across Scotland. However, different denominations often work in silos, unaware of what others are doing and how, so the group agreed that an event to reflect together like this is a great way to galvanise a renewed sense of common purpose.

Elspeth Glasgow, Ecumenical Officer at Glasgow Churches Together commented that the shared goal was to see civil society flourish: “in this ever more secular world, it is more important than ever for us to live, work and pray together and help people to see that although they think they have freedom of choice in everything, in reality they are being manipulated. The idea of links appeals to me and it was heartening to hear that we are all trying to achieve the same goal.”

The group rounded up the evening saying the T4CG prayer together, and Mil added “we really felt the richness of sharing the gifts of our experience.” Irene Grant agreed, reflecting on her nursing experience: “being in touch, listening and connecting with others who are working and living for a better world is very important, as we are all gifts for one another.”

Elspeth concluded, “it was a very informative and interesting evening. It was good for us in the Ecumenical field to have affirmation of the work we are doing and that it seems much more needs to be done. Coming together for events is a very positive way of growing, recognising differences but also similarities. The evening strengthened our conviction to not only hold a local Ecumenical event in Glasgow but a National event too. With ACTS we will take this forward with our Ecumenical partners throughout the city and the nation.”

With thanks to the Focolare community and all who participated