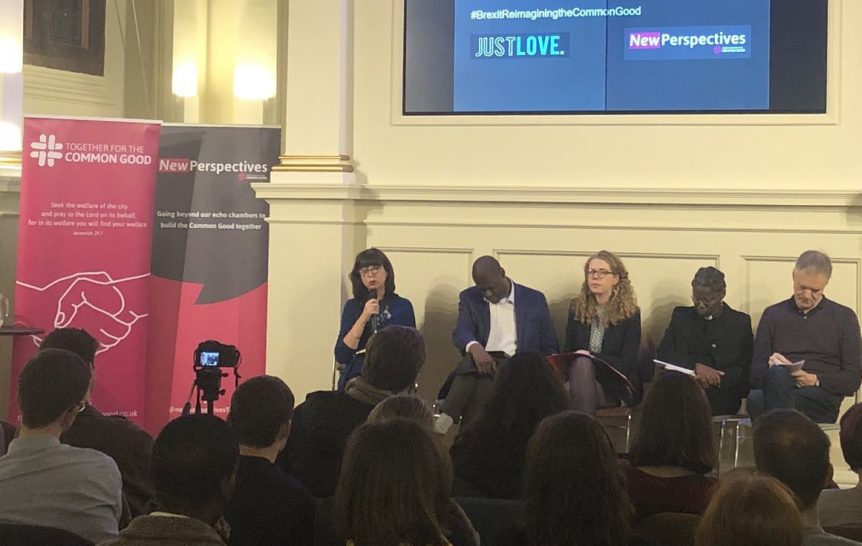 T4CG’s young people’s network, New Perspectives, held a debate on 16 December for young Christians of all traditions to reimagine the Common Good for our nation post Brexit. Video of the debate will be posted here soon.

Three and a half years on from the EU Referendum, the United Kingdom remains divided. What does it look like, in the face of such intractable division to seek the Common Good? What inspiration can we draw from the Christian tradition to heal divides in our nation and find a way forward?

We were delighted to be joined by a panel of brilliant speakers for an evening of ‘disagreeing well’ to discuss how we as Christians might work for a Common Good vision for the future of Britain – irrespective of how Brexit turns out.

This event was organised by T4CG’s New Perspectives Network and the Just Love Politics Network and kindly hosted by the London Jesuit Centre. The event was videoed thanks to our friends at Capital Mass.