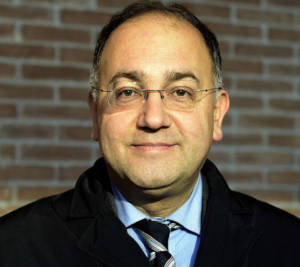 We are delighted to have permission from Luigino Bruni to share this article, originally published by Scott Stephens on the ABC Religion and Ethics website in the summer of 2017.

From Authenticity to Artificiality … and Back?

Can the Market Heal the Wound It Inflicted?

“We can love nothing but what agrees with us, and we can only follow our taste or our pleasure when we prefer our friends to ourselves; nevertheless it is only by that preference that friendship can be true and perfect.”

In our time, loneliness grows along with a desire for community – a desire we try to satisfy with methods and tools that end up, too often, increasing that loneliness.

A market society needs individuals without strong ties or deep roots, and it has the economic and political means to make them ever more disconnected and rootless.

People with significant interpersonal relationships and a cultivated inner life are just imperfect consumers who are difficult to manage.

We cannot understand the extraordinary success that the capitalist market has had over the past three decades unless we pay close attention to its primary mechanism: the destruction of free non-market goods. These goods are increasingly replaced by merchandise, which try to compensate for the famine of free non-market goods – and, in their own way, they succeed. But this very success simultaneously fuels the sense of isolation.

The new culture of work and consumption produces individuals with increasingly fragmented relationships. At the same time, large multinational companies offer new forms of community on the internet which, while accompanying our solitude, does nothing but increase the number of lonely hours we spend gazing at the screens of our phone, computer or television. GDP is growing thanks to our market-driven attempts to respond to our market-generative loneliness – and thus the share of income that families today spend on smart phones and internet fees has exceeded the portion spent on food.

The consequences of this new form of “creative destruction” – which destroys free non-market goods and creates merchandise with price tags – are seriously undervalued. Just consider social exclusion and poverty. Traditional communities were generally characterized by common goods, freely accessible even to the poor – and, in some cases, especially to the poor – who compensated for the less economic goods they had with more relational goods. The poor were often not poor in all: they had community and festive riches which made them less poor. By contrast, the strong trend of the new poverty of the third millennium is the creation of poor people who are utterly poor.

When we were children, for example, the social organization of our townships and villages (almost) prevented us from becoming obese: our entire lives were made up of natural and necessary movement. Our cities and our social and economic organization are (almost) natural causes of obesity. But then, in a stroke of collective genius, capitalism has made it all a business of gyms, swimming pools, fitness clubs and special foods in order to combat the obesity that the market society itself creates – simply by paying. And so the poorest children (and adults) are often also the most obese, because they cannot access the “cures” that the market sells.

Growth and profits achieved by repairing of the damage done in the very act of making profits – this is the great social innovation of the capitalism of our time.

The mechanism of this creative destruction is radical, and it is arrayed primarily at the level of community. Traditional communities were only minimally elective: we got to choose a wife and some friends but not our parents, brothers and sisters or children, or our neighbours and the other inhabitants of our village. All these companions were inherited – a matter of fate, but above all body, flesh and blood, with all their inevitable injuries and blessings.

Postmodern communities, by contrast, are only elective: we get to choose almost everything; we would like to choose everything. Thus we only want weak ties, disembodied and chosen ones; and so we forget that people are living and real precisely because they are different people today from those we chose yesterday. But the flourishing of a life means staying true to all that has changed, continues to change and that we did not chose in the people we love – every marriage pact is a mutual yes to a fidelity to what the other will become, an agreement to welcome and love the “not yet” (of ourselves and the other) that we do not know and will not be able to control. (And yet, “you’ve changed” and “you’re no longer the man I married” are the words we most often say when leaving each other.)

Authenticity plays an important role in this argument. In the twentieth century, authenticity – sincerity, genuineness – was also a feature of the market. Businesses, cooperatives, shops and banks were human affairs through and through, with the same vices and virtues of life. And so they closely resembled life itself.

Then we started constructing a corporate culture and increasingly artificial forms of marketing, in order to create a form of commerce in which we all know the goods presented are not the same as what we’re going to buy, to sell fake financial products, to form relationships with our colleagues, clients, suppliers and leaders following protocols and incentive schemes. It’s a commedia dell’arte where everyone can play their part thanks to the mask covering their face – and we no longer see the blush on the cheeks and the tears in the eyes of the other.

A certain artificiality and non-sincerity has always been part of the ethos of the market; anyone attending the fairs and markets of yesteryear entered into a world of seducer-sellers who spoke of the fantastic features of some miraculous product. But we were aware of it: that kind of artificiality was part of the folklore and rituals of that world – of every world. That artificial element was explicit, known to all, and thus it became – paradoxically – authentic and sincere. We all played “merchants of the fair” to some extent, but we knew it.

At some point, however, that first market culture was amplified, inflated and exaggerated by the large multinational corporations and the global consulting companies. It has become a proper ideology, and that initial benign artificiality of market relations has grown a lot – even too much. Gradually, and without realizing it, we forgot the non-authenticity of many practices, and we gave them the consistency of reality. The management of work became technical; the management of people is now called human resources; marketing became a science developed in neuroscience laboratories. The game has become reality, and that initial authenticity has left the stage.

But once again, the market is finding a solution to the evil it created. The search for authenticity in the market is in fact one of the most important and profitable trends of capitalism today. Consumers seek authenticity in the products and services they buy. We want to find it in food, where everything that we deem genuine is worth more – when we look, in example, for a truly Neapolitan restaurant in Naples. Even in “social” tourism we want to see indigenous people who are authentically indigenous, and poor people who are genuinely poor. Hand-crafted beer and ice cream are preferred because they bring something of that authenticity that we crave. A well-prepared chef is not enough; we want someone who really believes in what they do and in what they say they do. A farmer doing biological cultivation is not enough; we want to meet him while working in his fields and hear him speak to us in dialect in order to verify the authenticity of the story that he tells us with his goods.

A first side effect of this interesting new phenomenon concerns the price of these “authentic” products. Authenticity is generally associated with a higher price – sometimes much higher – and therefore, again, often excludes the poor. Furthermore, authenticity is not only a characteristic of the products, it is also a dimension of persons. So if we take a careful look we realize that we are asking the market to provide precisely the gratuitousness that it has expelled from its offices, shops and banks, especially in the past few decades.

In this colourful world of authentic markets, some future scenarios open up that are worth paying attention to. One of them concerns the growth of new market communities, where the consumption of the same product or brand brings people together in new forms of “tribes.” In these tribes of consumers, the object becomes the constitutive element of the community. That is how archaic forms of a totemic cult come back to life, since the relationship between people is a by-product of each individual’s relationship with the thing. The faithful – and faith or fidelity is everything here – offer sacrifices of time and energy in exchange for something that, by nature, is not a free gift at all: the product has a selling price, it has its profits that do not go to the worshippers but to the owners of the brand who exploit the free labour and promotion performed by their faithful. These are new idolatries that fill the earth with fetishes and do away with gods.

Biblical humanism fought the idolatries of its time in order to free humans from the original debt that characterized the totemic and pagan cults of the surrounding peoples. The covenant with a God who creates out of an overflow of love was also the liberation from the cults of objects, those of the totems and taboos of the ancient world, where the objects enchanted and chained people with their magic and occult powers.

Should the disenchantment of the world and the battle against the Jewish-Christian humanism that we are witnessing today produce a simple return to new totemic cults of objects in the end, we would be facing the worst failure of Western humanism – the destruction of two and a half millennia of human and spiritual development.

But other scenarios are also possible. Different narratives can already be discerned on the horizon of our complicated and beautiful era. To observe and understand them, we will need to place ourselves “on the border and beyond.” We will need to set up our lookout post on the dividing line between gratuitousness and market, between communities and people, between the totems and authentic spirituality.

Luigino Bruni is Professor of Economics at LUMSA Universita in Rome and Professor in “Civil economy”, University Institute Sophia (Loppiano), Italy. Among his most recent books are A Lexicon of Social Well-Being, The Wound and the Blessing: Economics, Relationships, and Happiness and (with Stefano Zamagni) Civil Economy: Another Idea of the Market.

With thanks to ABC Religion and Ethics.