Understanding power and building our capacity

As the fallout of the pandemic sets in, life will get tougher for many. We need more relational ways of living, ways that build strength in and across communities for the long term. We can do this by building relationships with our neighbours across different backgrounds and opinions, and between our local institutions. Altogether this strengthens civil society and generates a stronger "civic immune system" capable of upholding our shared humanity and resisting the forces that undermine our common life. This is what authentic community organising aims to achieve.

This video learning series was produced by our friends at MetroIAF (the Industrial Areas Foundation, USA) and the Common Good Foundation (UK) to strengthen their own practice. We're delighted to have their permission to share this with you. Please send any feedback to info@togetherforthecommongood.co.uk.

You will find pre-readings provided as pdf downloads [click on the italic pink links]. 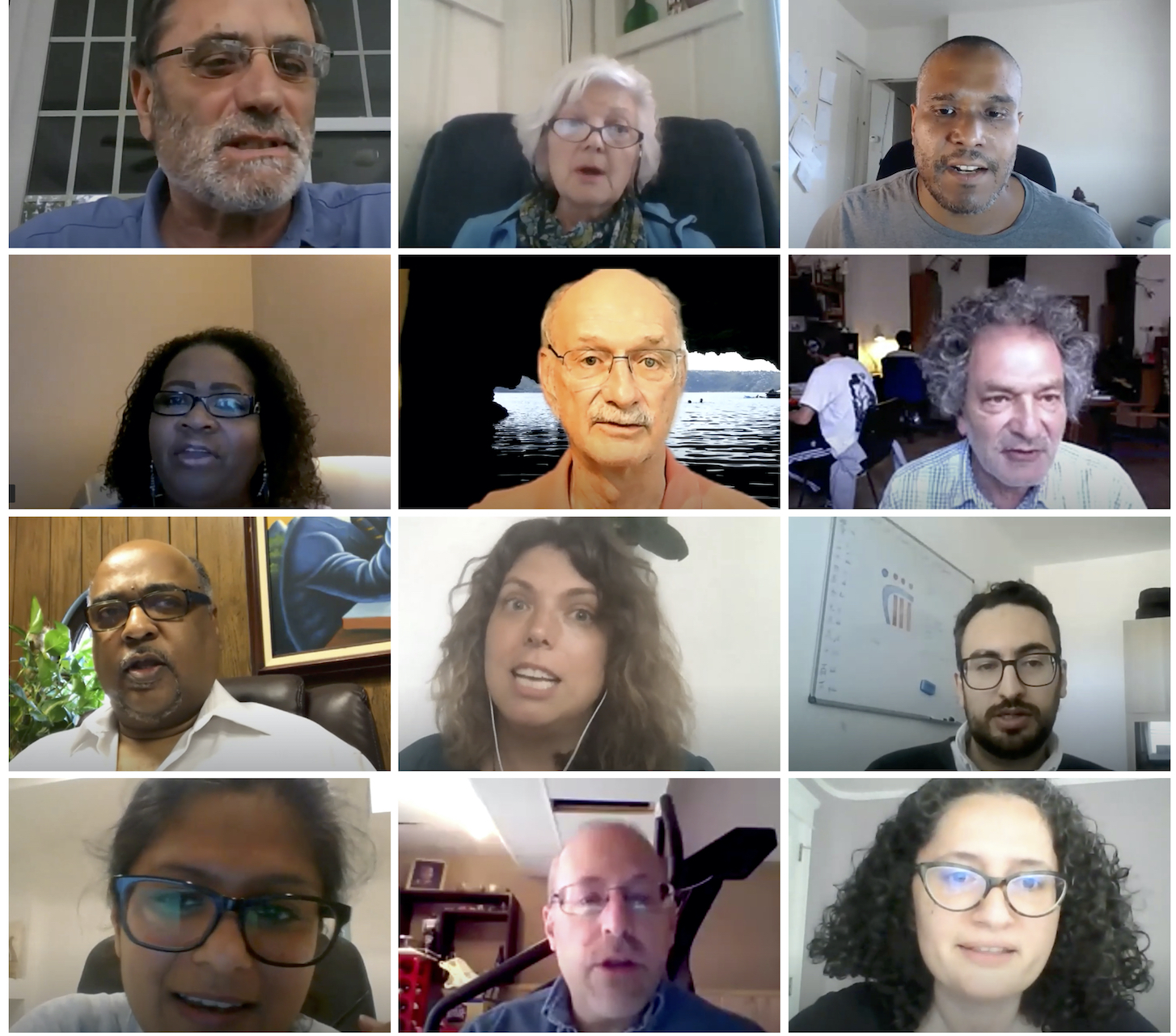 Jonathan Lange began organizing 40 years ago in the southern textile industry. By 1984 he was promoted to be the Assistant Southern Director of the Amalgamated Clothing and Textile Workers Union (ACTWU). The union had a relationship with the IAF and as part of that relationship Jonathan was assigned/volunteered to work with East Brooklyn Churches for the first half of 1985. Upon returning to Tennessee, Jonathan began incorporating IAF universals to union organizing. Jonathan hired a great young staff and together they began to turn around years of decline in union membership through organizing new workplaces. In 1992 Jonathan moved to Baltimore to work with BUILD leaders in developing America's first Living Wage campaign. In 1999 he took that campaign to the UK and helped Citizens plant the Living Wage in London. For the last decade he has supervised and helped found IAF affiliates and consulted with various unions on internal and external organizing. Jonathan currently supervises projects in Germany, DC and Anne Arundel County. Find out more at https://metro-iaf.org/

Lord Maurice Glasman worked with Jonathan Lange and London Citizens for many years on the Living Wage campaign and later with Arnie Graf in integrating Community Organizing with the Labour Party. He is the author of Unnecessary Suffering and the Director of the Common Good Foundation. He is the founder of Blue Labour.

Kathleen O'Toole is a writer and organizer who worked for the IAF in MD and NoVA in a number of roles from 1989 to 2013, and has continued her association with Metro IAF consulting with NEXT Church. She was lead organizer at BUILD when Jonathan Lange came to MD to develop what came to be the Living Wage campaign. She worked for 5 years with Catholic Relief Services before retiring in 2018 to devote more time to writing poetry. Her fifth poetry collection was published in October 2019, and she’s the current Poet Laureate of Takoma Park MD. Find her at https://kathleenotoolepoetry.com

Ben Gordon began his organizing career with the Southern Region of the Amalgamated Clothing and Textile Workers Union (ACTWU), mostly organizing factory workers. After grad school, Ben taught labor relations at the University of Illinois and Siena College. Prior to joining the Metro IAF staff in 2016, Ben spent 15 years as the Organizing Director for CSEA, a 200,000 member affiliate of AFSCME in New York state. During that time, CSEA organized more than 125 new bargaining units and some new 34,000 members. Ben works with the IAF organizations in Milwaukee, Connecticut and Boston and Metro's labor union partners.

Speaker: Lord Maurice Glasman. Pre-reading: The coronavirus crisis has sounded the death knell for liberal globalisation by Lord Glasman in The New Statesman.

Speaker: Leo Penta. Pre-reading: The Great Transformation: The Political and Economic Origins of Our Time by Karl Polanyi. Please Read: Chapters 4 & 6 and the Foreword by Joseph Stiglitz. For those with more time and interest, Leo would also recommend all of Part II (chaps 3-10) + chap. 21. Purchase Kindle version here.

Speakers: Jonathan Lange and Ben Gordon. Pre-reading: download Chapter 6 of John L Lewis: An Unauthorized Biography by Saul Alinsky or the e-Book can be purchased here.

Session 5: CONTRACT OR POLITICAL BIRTHRIGHT? How to ground power in commonality (21/5/20)

Speakers: Leo Penta and Maurice Glasman. Pre-reading: Chapter 8: Contract and Birthright in The Presence of the Past: Essays on the State and the Constitution by Sheldon S Wolin.

Speaker: Leo Penta. Reflections: Rev Dr Carletta Allen and Lina Jamoul. Pre-reading: Hannah Arendt's Essay On Violence. This work was written in 1969 against the backdrop of the student revolution and urban unrest of 1968 as part of a debate about the role of violence in protest movements. It has lost none of its relevance for today.

To get to know Hannah Arendt as a person, it is very worthwhile to watch the famous interview with her on German TV. Günter Gaus, the interviewer, called it “The best conversation that I ever had.” View video here:  (German with English subtitles). You can find a summary video of her thinking here.

You can also listen to a 30 minute 'BBC Great Lives' radio profile of Hannah Arendt here.

Speaker: Leo Penta. Pre-reading: a selection from Hannah Arendt’s The Human Condition. Please read Chap. I, Section 1: Vita Activa and the Human Condition; Chap. II, Section 7:  The Public Realm: The Common; Chap. V; Section 24: The Disclosure of the Agent in Speech and Action; Section 28: Power and the Space of Appearance; Section 30: The Labor Movement.

Speaker: Lord Maurice Glasman. Pre-reading: the first chapter from Bernard Crick's book In Defence of Politics. We encourage you to purchase the whole book.

Speaker: Leo Penta. Pre-reading: chapters 1 and 7 of The Prophetic Imagination by Walter Brueggemann, who uses the Hebrew and Christian scriptures to contrast the "royal conscious" of the dominant culture with what he terms "prophetic criticizing" and "prophetic energizing" and applies his analysis to the practice of ministry.  The e-book can be purchased here.

With sincere thanks to